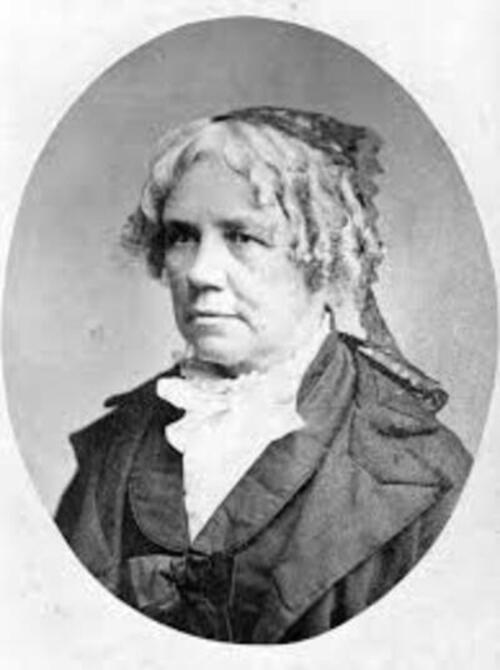 Biography of María Mitchell, the first professor of astronomy in the United States. She achieved it when she was 47 years old, in 1865, not for lack of merit, but because her struggle to achieve her equal rights with men was long and took time to pay off.

So many were her merits, that:

Childhood and family of Maria Mitchell

Maria Mitchell was born on August 1, 1818 on the island of Nantucket, located about 50 km from Cape Cod, Massachusetts, in the United States.

In those years it was one of the capitals of the whaling industry; today it is an important tourist destination.

Her family was of Quaker religion, so they provided the same quality education for boys and girls.

Maria Mitchell began earning a living as a librarian; At the same time, she collaborated intensely in the astronomical observatory where her father worked, as the official astronomer of the island.

In 1842 she stopped attending the Quaker Church and joined Unitarian Christianity.

This is a theological current of a sector of Protestant Christianity, which believes in a one-person God and maintains that Jesus is not the same God, but a man created by him.

In protest against slavery, she stopped wearing cotton suits.

She began participating in women’s suffrage meetings and met Elizabeth Cady Stanton, with whom she contributed to the founding of the “American Association for the Advancement of Women.”

But her great passion was astronomy, something that filled her father with joy and pride.

Using a rudimentary telescope, during the autumn nights of 1847, she discovered a comet.

In the newspapers of that time it was called “Miss Mitchell’s Comet.” For astronomers it was “Comet 1847 VI”, according to the modern designation it is “C/1847 T1”.

This discovery earned her great prestige and a gold medal offered by King Frederick VII of Denmark, for anyone who discovered a comet that was not visible to the naked eye, but rather using a telescope.

In 1848, she was admitted to the “American Academy of Arts and Sciences.”

Two years later, in 1850, she joined the “American Association for the Advancement of Science.”

She worked for the “US Naval Almanac Compilation Office”, calculating tables of the astronomical positions of Venus, and traveled through Europe with Nathaniel Hawthorne and her family.

On that trip she had the opportunity to meet Mary Somerville (Scottish mathematician and astronomer) and to visit the Vatican and Saint Petersburg Observatories.

In 1865, she was a professor of astronomy at Vassar College, a private university founded by brewer Matthew Vassar in 1861 as an elite university for women only.

Vassar College is considered one of the most prestigious institutions of higher education in the United States.

It is located near the Hudson River Valley, about 100 kilometers north of New York City.

Soon after, Maria Mitchell got the position of director of the “Vassar College Observatory“.

There, with better instruments, she was acquiring greater knowledge about the area of astronomy.

However, despite her reputation and experience, her salary was less than that of many of her younger male peers.

Out of dignity and conviction, she did not stop claiming until she obtained equal pay.