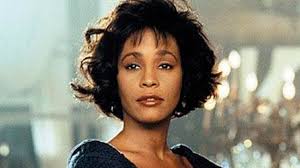 Whitney Houston was an American singer who also excelled as an actress, songwriter, producer, businesswoman, and model.

Whitney Houston rose to fame in 1985 with her album called “Whitney Houston“. More than 13 million copies were sold in the United States, and several million more abroad.

Her parents were John Russell Houston and Cissy Houston.

Although John and Cissy Houston were from a Baptist Christian community, they made Whitney study at a Catholic high school.

Whitney Houston began training as a vocalist at the age of eleven, in the gospel choir at Newark Baptist Church “New Hope”.

From her inception, Whitney Houston was influenced by prominent soul singers such as her mother Cissy Houston, her cousins ​​Dionne Warwick and Dee Dee Warwick, and her godmother Aretha Franklin.

In 1978, when Whitney was 15 years old, her mother published a musical album and began doing backing vocals for several well-known performers.

At age 16, Whitney was offered the lead voice on Michael Zager’s band single “Life’s a Party“.

In the early eighties, Whitney Houston began to appear in various magazines, as a model (even on the front page).

In 1982 she made her first recording as a singer with the group of “Jazz-Funk Material“. The song was titled “Memories” and was included in the group’s album One Down.

In 1983, Clive Davis was president of the record company Arista Records. In that year, Whitney Houston used to sing with her mother at Mikell’s nightclub in New York. Clive Davis listened to Houston’s performance and was clear that tonight he had discovered a prodigious talent.

Very soon, the businessman and the artist signed a record contract. The following year, 1984, Whitney had her first commercial success, a duet with Teddy Pendergrass, which was included on the singer’s album.

Also in 1984, she performed a ballad entitled “Take Good Care of My Heart“, which appeared on the Jermaine Jackson LP.

In 1985, the very young Whitney Houston, 22, began her rise in the charts with the success of her singles: “You Give Good Love” reached the number 3 position, while “Saving All My Love For You”, “How Will I Know” and “Greatest Love Of All” were all No. 1s.

The album “Whitney Houston” was the best-selling debut by a solo artist in history. Whitney Houston reached # 1 on the record sales charts. The album sold about 25 million copies worldwide.

In 1987, she released her second album “Whitney Houston”. It became the first album by a female artist to debut at number one on the Billboard 200 chart.

The popular acceptance of Whitney Houston’s records was so great that they remained for 50 weeks at the top of the charts.

The musical production company took advantage of the pull to immediately launch several singles recorded by her and that immediately rose to number one:

Whitney Houston triumphed in the 1990’s

In 1990, Whitney Houston’s songs continued to occupy the top positions of popularity and sell millions of copies of her records.

One of the high moments in the life of Whitney Houston happened in 1991 when she was chosen to interpret the national anthem of the United States in the final of Super Bowl XXV (the American football final) held in Tampa, Florida.

This interpretation of the anthem “The Star Spangled Banner” was recorded as a single and was the only version of the American anthem that has managed to be a bestseller, achieving a platinum record award.

Whitney Houston as an actress

In 1992, Whitney Houston’s artistic and sales success was overwhelming and Warner Bros gave her the opportunity to make her first foray into film as an actress alongside Kevin Costner.

For this film, “The Bodyguard” Whitney Houston recorded six new songs for the soundtrack.

These songs were led to a single that was her 10th number one in the USA It was the best-selling album of 1992 in the UK and USA “Over time” it became one of the best-selling singles in history. .

In March 1993, she gave birth to a baby girl named Bobbi Kristina, who was later heard alongside her mother in various songs and on the soundtrack to the movie “Daddy’s Little Girls”.

Two years later, in 1995, Whitney Houston was put under the command of the film director, Forest Whitaker, to shoot the movie “Waiting to Exhale“.

Her next film starred Whitney Houston in 1996, alongside Denzel Washington.

Titled “The Preacher’s Wife“, it featured a soundtrack that was released a month before the film and became the best-selling gospel album in history.

Whitney Houston had shown her prodigious talent in the fields of fashion, records, and film.

Whitney’s next job was in a television musical. This musical called “Cinderella” was shot in the summer of 1997 by the production company “Brown House Productions“, owned by Whitney Houston.

The program aired on the American Broadcasting Company on November 2, 1997 and attracted an audience of more than 60 million Americans.

“Cinderella” starring Whitney Houston and Whoopi Goldberg is one of the most-watched TV movies ever and had 7 Emmy Award nominations.

The following year, 1998, Whitney Houston recorded a duet with Mariah Carey in a New York studio. They sang for the first time together a song entitled “When You Believe” included in the soundtrack of the animated film “The Prince of Egypt“. The song won the Oscar Award for best song in March 1999.

In those late twentieth century years, Whitney Houston continued to sing, record, and reap hits and awards, one after the other, non-stop.

At the beginning of the 21st century, Whitney Houston had 15 years of spectacular triumphs in fashion, records, film and television.

Her music albums, like her singles, were in the Top 10 of all polls. Records were selling in the millions, and production companies’ revenues were only growing thanks to the talent of Whitney Houston.

Unfortunately, at the end of 2002, Whitney Houston was in a bad stage of her life, related to drug use and alleged mistreatment by her husband, Bobby Brown.

She even had to face the upset of a lawsuit for 100 million dollars, which her own father, John Houston, claimed.

In spite of everything, Whitney Houston continued to produce singles and win awards, such as the one awarded to her album “Just Whitney” which was certified platinum in the USA. The album has so far sold 2 million copies around the world.

Three of her singles reached number one on the Billboard dance music chart.

In 2003, she starred in two films for Disney and for television.

In addition, in November of that year she saw her sixth studio project, a Christmas album entitled “One Wish: The Holiday Album“.

On this album, among the classic Christmas songs, “Little Drummer Boy” stands out, in which Whitney sings with her daughter Bobby Kristina.

At 41, Whitney Houston was still a beautiful young woman, admired by the whole world.

However, the consumption of marijuana, cocaine and other drugs made her fall into drug addiction. In 2004 and 2005 she had to be admitted for a few months to a drug rehabilitation center.

She continued working and doing national and international tours. American viewers even had the opportunity to see Whitney Houston on the television program entitled “Being Bobby Brown” produced by her husband.

In September 2006 Whitney Houston appeared again with Clive Davis and her life took a spectacular turn for the better.

On April 24, 2007, she divorced Bobby Brown and obtained custody of her daughter Kristina. Clive Davis stated that Whitney Houston would begin recording a new album.

In February 2009, although she still had serious drug addiction problems, she participated in various galas and award ceremonies. Also in that year her new album titled “I Look to You” was released, which was number one on the USA list with 300,000 copies sold in its first week.

This Whitney Houston album reached the top positions in Italy, Germany, the United Kingdom and Switzerland. A few weeks later, it was certified gold in the UK and platinum in the USA.

On February 9, 2012, Houston met with her producer Clive Davis to rehearse for the 2012 Grammy Awards pre-party. That same day, she gave her last public performance, with Kelly Price on stage and they sang together ” Jesus Loves Me “.

Two days later, on February 11, 2012, while her hairdresser and two bodyguards were waiting for her in her room at the Beverly Hill Hotel in Los Angeles, Whitney Houston died submerged in her bathtub.

According to these three people, as the singer took a long time in the bathroom, her hairdresser decided to enter. She found Whitney Houston face down in the bathtub.

The rescue services arrived very soon and the paramedics performed cardiopulmonary resuscitation maneuvers for about 20 minutes, without achieving any results.

Whitney Houston passed away at the age of 48. On February 18, she had a gospel funeral with a mass ceremony at New Hope Baptist Church in Newark, New Jersey.