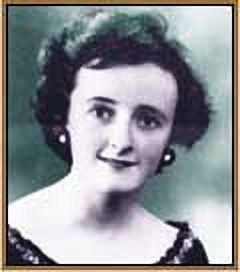 Biography of Beatrice Tinsley, British astronomer (1941-1981). The study of the evolution of galaxies has become one of the most important and active fields of astrophysics in the 21st century.

Much of the research done by Beatrice Tinsley was the beginning of these momentous discoveries.

This woman, of brilliant intelligence, went from being despised by the macho intellectuals of the 60’s, to the American Astronomical Society, instituting the “Beatrice Tinsley Prize” as a tribute to her contribution to Astronomy and Astrophysics.

Childhood and studies of Beatrice Tinsley

Beatrice Hill was born in Chester, in the North West of England, on January 27, 1941. She was the second of the three daughters of Edward O’Hill and Jean Morton, from whom she inherited a passion for music and literature.

After World War II, her father accepted a position at the New Plymouth Anglican Church on the west coast of the North Island of New Zealand.

At New Plymouth Beatrice revealed herself to be an extremely gifted and highly learnable student.

In addition, for two years she played the violin in the National Youth Orchestra. In 1958, her mother, with whom she was very close, died.

In 1961, she graduated with honors in Mathematics, Physics and Chemistry from the University of Canterbury, in Christchurch, New Zealand.

Her thesis for the master’s degree was on “Physics of Matter”, although her scientific interest was already in Astrophysics; in particular, in the study of large-scale structures and in the evolution of the Universe.

In that same year, she married Brian Tinsley, a PhD student in Atmospheric Sciences, from the University of Canterbury.

Beatrice Tinsley and her husband went to the USA

Soon Brian received a job offer at the Center for Advanced Study in Dallas, Texas.

Both of them moved to the United States. Beatrice did not find employment at the University, due to the macho environment that prevailed in Dallas.

But, she accepted a part-time job as a professor at the University of Texas at Austin, Texas, away from home. She had to travel 320 km each week.

In 1964, once established in Austin, she enrolled in a doctoral course.

She finished it in 1966, in the third part of the time that most students took to complete their doctoral thesis.

She obtained grades of 99% and 100%, the first student from that University who managed to exceed the 80% mark.

Her doctoral thesis is considered a reference work in her field.

The initial theme of Beatrice’s doctoral thesis was “to determine what the geometry of the universe is and thus be able to predict whether it will continue to expand indefinitely“.

Before long, she was able to enjoy a small research grant at the same center where Brian worked; A group of researchers working on general relativity had been formed there.

The study of extra galactic astronomy is relatively recent. Spiral nebulae had long been observed.

However, it was not until the 1920’s that it was confirmed that these spiral nebulae have structures similar to the Milky Way, but that they are external objects to it and that they are located at enormous distances from our galaxy.

The appreciable works of Carolina Herschel and Cecilia Payne could not cover these structures.

Knowledge of galaxies was enriched in the late 1960s with the development of radio wave detection in astronomy. Even more so with the appearance of computers that made it possible to process the massive information that had to be processed.

Among the pioneering astronomers in the study of galaxies, three women stand out who determined the way we have to understand the Universe today: Beatrice Tinsley, Miriani Pastoriza and Vera Rubin.

Until then, no one had considered what happened over time to the set of stars that make up a galaxy.

Following the evolution of each one of the hundreds of billions of stars in a galaxy is impossible.

Beatrice Tinsley came up with a brilliant idea that simplified the solution to the problem: She divided the life of a galaxy into 10 or 20 phases.

In addition, she established that, in her models, stars form only at the beginning of each of these time intervals.

Her procedure revolutionized this field of research. For it happens that stars of a similar mass follow an equivalent evolutionary sequence and have similar colors, brightness and internal processes, which produce similar amounts of carbon, oxygen, iron and other elements.

According to this model, very massive stars produce most of the heavy elements and have very short lives.

This means that, before the next stellar generation is formed, those with the largest mass will have exploded as supernovae, expelling all the elements into the interstellar medium; while the others will continue to be part of the galaxy and contribute to its brightness.

Because of this, the stars of the next generation form in gas clouds richer in metals than those of the previous generations, and so on.

These models make other approaches:

The first success of Beatrice Tinsley’s models was to be able to reproduce simulations of galaxies similar to ours, after an evolution of about 12,000 million years.

This is the age that has been estimated for the Milky Way, using data from its globular clusters, which are the oldest objects in it that we can study with some ease and reliability.

Beatrice Tinsley’s doctoral thesis was published in 1967 and was quickly considered one of the greatest astronomical breakthroughs of the time.

The study of the evolution of galaxies has become one of the most important and active fields of astrophysics in the 21st century.

The models started by Beatrice Tinsley more than fifty years ago have become highly complex in order to introduce closer approximations to the real behavior of a galaxy.

Publications and lectures by Beatrice Tinsley

In the following years, Beatrice Tinsley published some 20 articles that expanded and consolidated the results of her thesis.

Some of these documents were produced only by her, but many others were written by remote collaborators, but of great scientific stature.

She was also invited to participate in large conferences and to work as a visiting professor, for weeks or months, at other institutions such as the California Institute of Technology, the Lick Observatory or the University of Maryland.

Domestic difficulties of this remarkable astronomer

Unfortunately, the recognition of the scientific community contrasted with their complicated family and work situation.

The care of her two adopted children, Alan (1966) and Teresa (1968), fell mainly on her, since Brian Tinsley had to be absent often because he continued as a violinist in the Richardson Orchestra.

Additionally, Beatrice could not find suitable employment anywhere on the University of Texas campus and had to juggle to maintain the research program.

The situation between the couple became increasingly tense, until Beatrice was forced to file for divorce in 1974.

The marriage breakup was a turning point in her career. She left Dallas and went to the Lick Observatory that was part of the University of California.

Last years in the life of Beatrice Tinsley

After a year, she accepted a definitive job at Yale University, California, where she was able to collaborate with scientist and cellist Richard Larson.

United by astronomy and music, the two established a strong and lasting personal relationship. Brian Tinsley, meanwhile, remarried and, with his new wife, had custody of the two children: Alan and Teresa.

In 1975 Beatrice Tinsley began working as an assistant professor at Yale University.

She was awarded the Alfred P. Sloan Research Fellowship, which provided her with sufficient resources to continue her work and travel to Princeton, Caltech, Berkeley and Santa Cruz.

Her productivity skyrocketed and she published 60 papers in seven years with graduate students, graduate researchers, and fellow scientists from different locations.

The wide range of problems that she addressed in these articles fully encompasses the modern theory of galactic evolution.

In 1978, she obtained the position of professor of astronomy at this Yale University.

In that same year, she learned that she had developed a malignant cancer. Despite this, she continued to work intensively on her research and the publication of articles.

In August 1978, she was promoted to Professor of Astronomy at Yale University and Director of Postgraduate Studies.

In the following three years, she published some of her best articles; among them, the review of “Evolution of the Stars and Gas in the Galaxies” on the theory of galactic and chemical evolution, which is, by far, her most cited article.

Since the disease was diagnosed, she underwent various treatments.

At that time her daughter Teresa had moved to live with her. But the melanoma was recurrent and neither the surgical interventions nor the subsequent radiotherapy could eliminate it.

In her brief academic career of 14 years, she was the author or co-author of more than a hundred publications related mainly to the development of galaxies.

Acknowledgments to this extraordinary astronomer

In 1986, the American Astronomical Society instituted the “Beatrice Tinsley Prize” as a tribute to her contribution to astronomy and astrophysics.

Her Alma Mater, the University of Texas, also created the “Beatrice Tinsley Chair of Astronomy” for visiting professors in her honor.

The University of Canterbury founded the “Beatrice Tinsley Institute for New Zealand Astronomy and Astrophysics“. 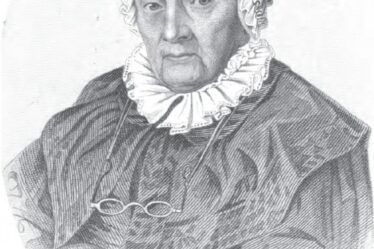 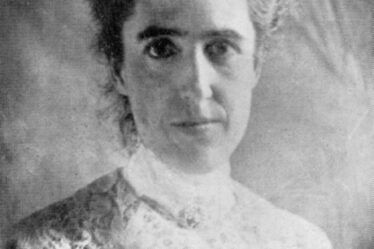