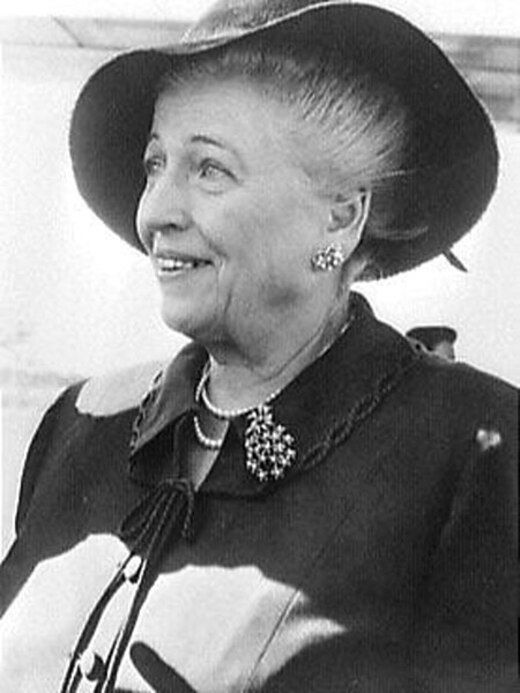 Biography of Pearl Buck, the first American woman to win the prestigious Nobel Prize for Literature.

This award was granted to her in 1938. Previously, in 1932, she had won the also prestigious Pulitzer Prize.

When she died, at 81 years old, she had published more than 85 books, mainly novels set in China.

Her literary production also includes the story, the theater, the screenplay, poetry, children’s literature, biography and even a cookbook.

Her style is simple and direct, with feelings that show compassion for the most humble, and the desire to instruct underlies her stories.

At all stages of her life, she always showed concern for fundamental human values.

Her parents (Absalom and Caroline Sydenstricker) were Presbyterian missionaries established in China, but that year they were in the United States with their 3 children.

Pearl (full name: Pearl Comfort) was the fourth of 7 children who had the Sydenstricker marriage.

When Pearl was 3 years old, the family returned to China, to the city of Chin kiang, in the province of Kiangsu, in the central east of China, relatively close to Nanking and Shanghai.

There, in China, Pearl Buck lived almost forty years, although in different periods of her life.

Her parents, in addition to preaching the Gospel, ran a small dispensary that they themselves had opened.

Due to these circumstances, Pearl spoke perfect English and Mandarin.

She was educated mainly by her mother, with the help of a Chinese tutor.

Once in the United States, Pearl continued her studies at Virginia’s “Randolph-Macon College“.

After Pearl’s graduation, the family returned to China again and settled in Nanking.

In 1919, she met John Lossing Buck, an economist. They married, she was renamed Pearl Buck and they went to live in Nan Suzhou.

The marriage lasted almost eighteen years; but from the beginning they were not a happy couple.

From 1920 to 1933 they lived in Nanking, on the University Campus, where they both taught.

The Pearl Buck family in China

Their first daughter was born in 1921, and she fell victim to an illness, after which she was left with severe mental retardation.

During delivery, a uterine tumor had been detected in Pearl Buck , as a result of which she could no longer have children.

A year earlier, in 1924, Pearl left for the United States a year and earned a Master’s degree from Cornell University.

In 1927, they were forced to escape to Japan after a serious social incident in Nanking.

The Bucks spent the day hiding, until the Americans rescued them.

After a year, they returned to Nanking, even though the danger still persisted.

In 1930, when the publisher John Day published the first Pearl Buck novel: “Wind of the East, Wind of the West“, she had already published stories and essays in magazines such as “Nation“, “The Chinese Recorder“, “Asia” for 10 years and “Atlantic Monthly“.

Additionally, this novel was adapted into a Metro Goldwyn Meyer movie in 1937.

“The Good Land” is considered one of the greatest works of the 20th century, for the beautiful stories and nice details of the Chinese customs of that time.

This novel was followed by “Children” and “A divided house“. Both constitute a splendid description of customs and characters of the time.

Writer Pearl Buck sets up residence in the USA

In 1934, after divorcing John Buck, Pearl permanently settled in the USA.

From then on, she became a strong activist, a determined defender of civil rights and equal rights for women.

She continued to publish articles and essays, dedicated to spreading her views and social convictions.

She started working at Howard University, where she collaborated for almost 20 years.

This farm is now part of the country’s “Register of Historic Buildings”. More than fifteen thousand people visit it every year.

In 1938 Pearl Buck won the Nobel Prize for Literature.

Several of her novels were brought to the cinema.

Contrary to the experimental current of the time, embodied in James Joyce or Virginia Woolf, Pearl S. Buck’s narrative style is direct and simple.

In 1942, she and her husband founded the “East and West Association”, dedicated to cultural exchange and understanding between Asia and the West.

In 1964, she established the “Pearl S. Buck Foundation”, which cared for Asian-American children who were not eligible for adoption.

This Foundation benefited hundreds of children, in various countries in Asia.

This great woman, extraordinary, brave and generous, passed away on March 6, 1973, in Danby, Vermont, Pennsylvania, USA.