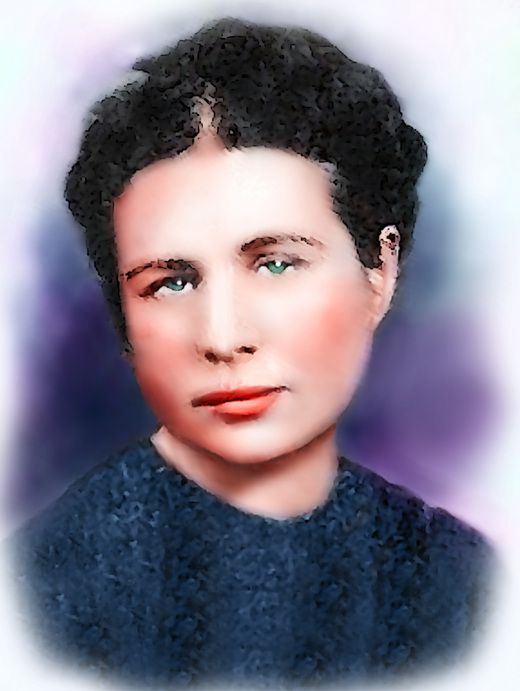 Biography of Irena Sendlerowa, Polish Catholic nurse and social worker, who during World War II, risking her own life, helped and saved more than 2,500 Jewish children condemned to be victims of the Holocaust.

Irena Sendlerowa was born in Warsaw on February 15, 1910.

Her father, Stanisław Krzyanowski, was a doctor and died in 1917 of a typhus that she had contracted by treating several Jewish patients rejected by his colleagues for fear of contagion.

The leaders of the Jewish community offered to pay for the studies of little Irena, who was only 7 years old.

Irena Sendlerowa was studying Nursing when discriminatory measures were taken against Jewish students in Poland.

She actively participated in the demonstrations against these injustices.

In punishment, she was denied entry to the University of Warsaw for three years.

When Germany invaded the country in 1939, Irena was already a 22-year-old young nurse.

She worked at the Warsaw Department of Social Welfare, which was in charge of the city’s community canteens.

There she contributed tirelessly to alleviate the suffering of thousands of people, both Jewish and Catholic.

These canteens not only provided food for orphans, the elderly and the poor, but also provided clothing, medicine and some money.

When Nazi troops created a ghetto in Warsaw in 1942, Irena joined the “Council for the Aid of Jews“.

She recounted it like this, later: “I got, for me and for my colleague Irena Schultz, identifications from the health office, one of whose tasks was the fight against contagious diseases”.

“Later, I was successful in getting passes for other co-workers. Since the invading Germans were afraid of a typhus epidemic being unleashed, they tolerated Polish nurses controlling the compound”.

Irena Sendlerowa decided to save the Jewish children

In addition to helping other non-Jewish nurses to enter the ghetto, Irena soon realized that this controlled and guarded space could only offer a future of death for its inhabitants.

So she decided to find a way to save the little ones.

Irena contacted locked up Jewish families and offered to take their children out of the ghetto.

She could not give them guarantees of success in this endeavor. However, the only certainty was that the children would die if they remained there.

It was a terrible decision for mothers who had to part with their children, but in those circumstances it was the only way to save the lives of children.

Sometimes when Irena and her friends returned to visit the families who had refused to part with their children, to try to change their minds, they found that they had all been taken to the train that took them to the death camps.

Irena Sendlerowa realized that the easiest way to get children out of the ghetto was to hide them in ambulances that transport the most severely infected with typhus to hospitals outside the controlled space.

She used all kinds of subterfuges to hide them and find an escape route for them: sacks, garbage baskets, tool boxes, cargo shipments, potato bags, even coffins.

The girl with the silver spoon

Elzbieta Ficowska’s case passed to posterity, almost like a legend. Elzbieta was one of thousands of rescued children and babies.

She was a baby of just five months; a Sendlerowa collaborator administered a narcotic to her and locked her in a wooden box with holes for air to enter.

The box, with the baby inside, came out of the ghetto along with a shipment of bricks, in a horse-drawn carriage.

It was the month of July 1942. Elzbieta’s mother hid a silver spoon between her baby’s clothes. The spoon was engraved with her nickname, Elzunia, and the date of birth: “January 5, 1942“.

Elzbieta was received by Stanislawa Bussoldowa, a Catholic widow who was helping Irena Sendlerowa’s group.

Elzbieta Ficowska later said that Stanislawa Bussoldowa was her “Polish mother“, her other mother, she was her “Jewish mother“.

For months, Elzbieta’s mother telephoned the Stanislawa home to listen to her daughter’s babble.

Unfortunately, the girl’s two parents died in the ghetto. Elzbieta Ficowska was later known by the nickname “the girl with the silver spoon“.

Irena Sendlerowa risked her life for the children

Irena Sendlerowa explained her risky mission, with these words: “The reason why I rescued the children has its origin in my home, in my childhood. I was raised in the belief that a person in need should be helped from the heart, without regard to their religion or nationality“.

The Nazis posted notices all over Warsaw, in German and Polish, threatening to kill any Pole who helped the Jews.

Despite these warnings, Irena Sendlerowa continued to save children from the Warsaw Ghetto, several of whom found a hiding place in nunneries.

Irena wanted these creatures to someday be able to recover their real names, their identity, their personal stories and their families.

To do this, she began to keep a file in which she recorded the names of the children and their new identities.

The Nazis were suspicious of Irena and her activities. On October 20, 1943, she was detained by the Gestapo.

They took her to the infamous Pawiak prison, where they brutally tortured her to extract any clue of what she was doing.

She was the only one who knew the names and addresses of the families that housed the Jewish children.

She endured torture and refused to betray her collaborators or any of the hidden children.

On a straw mattress in her narrow cell, she found a stamp with the image of Jesus, with the caption: “Jesus, I trust in you“.

She managed to keep it until 1979, when she gave it to John Paul II.

On those same dates, but in Nazi-occupied Paris, Dr. Suzanne Nöel, in her plastic surgery clinic, changed the faces of hundreds of persecuted Jews, who thus managed to escape.

The Nazis failed to extract from Irena Sendlerowa the whereabouts of the children she had been helping to escape from the ghetto.

She was sentenced to death. While awaiting execution, a German soldier took her away for “further questioning”.

As they left, the two of them alone for a moment, the German shouted in Polish “Run!”. And young Irena came out at full speed; faster than ever in her entire life.

The next day, Irena Sendlerowa could see that her name was written on the list of executed Poles.

What happened was that the members of the “Jewish Council” (Zegota) had bribed the Germans.

This is how Irena escaped death and continued working as a nurse, but with a false identity.

In 1943, during the Warsaw Uprising, she placed the lists of the rescued children in two glass jars.

To make sure they would come into good hands should she die, she buried the two jars in her neighbor’s garden.

At the end of the war, she unearthed them and gave the lists to Dr. Adolfo Berman, the first president of the “Committee to rescue the surviving Jews“.

Unfortunately most of the families of these children had died in the Nazi concentration camps.

Initially, children who were not taken in by an adoptive family were installed in different orphanages.

Little by little they were sent to Palestine, to the new State of Israel.

Irena Sendlerowa under the communist regime

Immediately after the cruel Nazi barbarism, the noble Polish people had to endure the tyrannical communist oppression protected by the Soviet Union.

The communist regime that was established in Poland vetoed even the mention of crimes committed against Jews during the Nazi occupation.

Nor was there any recognition of the heroics of the people during the Nazi invasion.

Irena had joined the Socialist Party; This caused her problems with the communist officials, who did not stop harassing her.

Interrogations by the Communist secret police led to the premature birth of her son Andrzej, who died two weeks after birth.

Later, her other two children, Janina and Adam faced obstacles in receiving an education in Warsaw.

The children had only known Irena by her code name “Jolanta”.

But years later, when her photo appeared in a newspaper after being awarded for her humanitarian actions during the war, she began to receive many calls and recognitions.

A man called her on the phone and said, “I remember your face, you are the one who pulled me out of the Ghetto“.

In 1965, the Yad Vashem institution in Jerusalem awarded her the title of “Righteous Among the Nations” and named her “Honorary Citizen of Israel”.

In November 2003, the President of the Republic, Aleksander Kwasniewski, granted her the highest civilian distinction in Poland, when she named her “Lady of the Order of the White Eagle“.

During the emotional ceremony, Irena was accompanied by her family and Elzbieta Ficowska, “the girl with the silver spoon“.

But Irena Sendlerowa never thought she would be honored for surreptitiously removing the 2,500 Jewish children from the Warsaw ghetto, or for hiding their names, despite the torture.

As she put it, “Those acts were the justification for my existence on earth, and not a title to receive glory“.

In reference to the incessant visits she received, she said: “I am very tired; this is too much for me“

In 2007, on the initiative of President Lech Kaczynski, and with the official support of the State of Israel, the Polish government presented Irena Sendlerowa as a candidate for the Nobel Peace Prize.

Supporting her candidacy was the “Organization of Holocaust Survivors Resident in Israel”.

The Auschwitz authorities also expressed their support for this candidacy, “considering that Irena Sendlerowa was one of the last living heroes of her generation, and that she demonstrated extraordinary strength, conviction and courage in the face of evil of an extraordinary nature“.

The Norwegian Nobel Committee decided to award the award to the American politician and philanthropist Albert Gore. No comment!!!

In compensation, the Polish government recognized Irena Sendlerowa as “Righteous Among the Nations”.