Bertha von Suttner was born in Prague on June 9, 1843; she was the posthumous daughter of Count Franz Kinsky von Wchinitz und Tettau, who died at the age of 75, shortly before she was born.

Count Kinsky had been a field marshal to the Empire and a military adviser.

Her mother Sophie von Körner was a distant relative of the poet Theodor Körner.

The girl Bertha had the title of baroness and grew up in an aristocratic environment strongly steeped in the militarism of the Austro-Hungarian empire.

Probably, the family’s military tradition was one of the causes of their strong pacifist commitment.

In her childhood and adolescence, Bertha learned German, Italian, English and French.

Like all noble girls, she played the piano and traveled a lot.

The teaching was received in the palace, as usual.

Learning depended on her intelligence and her desire to learn.

Her mother Sophie von Korner’s passion for gambling made the entire family lose their inherited fortune.

Bertha Von Suttner in her youth

Therefore, from 1873, Bertha had to start earning a living as a governess, at the home of Baron Karl von Suttner, a businessman from Vienna.

Bertha was already 30 years old and had an extensive culture.

However, her mother managed to get her to teach music and languages to the four daughters of Baron Gustav von Heine-Geldern.

This was the preliminary devised by Bertha’s mother, who began to plot a marriage engagement between her daughter and the baron.

Economically, the baron’s dowry would have been very advantageous for Bertha; but she refused and canceled the engagement.

The cause was that Bertha had fallen in love with Arthur, the youngest of the von Suttner family, seven years younger than her.

Between love and wealth, Bertha chose love, which honors and defines this young woman who had grown accustomed to luxury and the comforts of the palace.

In 1876, Arthur vob Suttner’s mother fired Bertha, to end the relationship between the two.

She did it in a friendly way, and in order not to leave her without a livelihood, she placed her as Alfred Nobel’s private secretary in Paris.

Alfred Nobel, born in Stockholm in 1833, was a chemist, engineer, inventor and manufacturer of weapons, famous mainly for the invention of dynamite.

He was the owner of the Bofors company, a company dedicated to the production of iron and steel, the large-scale manufacture of guns and other weapons.

Shortly after Bertha arrived, as secretary, Alfred Nobel was called to Sweden by his king.

Although the position of secretary lasted only two weeks, an intense friendship relationship was established between Bertha and Nobel that lasted through a frequent exchange of letters.

Bertha returned to Vienna, where she secretly married Arthur von Suttner on June 12, 1876, against the wishes of his parents.

As a consequence, Arthur was disinherited.

The couple moved to the Georgia region in the Caucasus, where they lived for more than eight years.

There, in Georgia, they made a living from small jobs, writing novels, and doing translations.

It is certain that their aristocratic origin opened doors for them in Georgia, but they wanted and knew how to subsist with their work.

At the outbreak of the Russian-Turkish war of 1877-78, Arthur began publishing novels about the war, the country and its people in German weekly newspapers.

Bertha’s start as a journalist

Bertha von Suttner began her activity as a journalist, under the pseudonym B. Oulet, writing short stories, essays, war and travel reports for Austrian newspapers.

She had a success similar to that of her husband.

In 1885, already reconciled with their families, as always happens with the passage of time and the repose of feelings, they returned to Austria.

They settled in one of the Suttner castles in Harmannsdorf, a city located in the Federal State called Lower Austria.

The ideas of the journalist Bertha von Suttner

As a writer, Bertha was especially interested in the subject of pacifism.

In 1886, she wrote the book “High Life” in which she addressed respect for man and his free will.

Bertha Suttner’s pacifism is an ethical pacifism, based on man’s moral capacity to understand that war must not continue destroying lives and sowing hatred.

Her thought is integrated into the liberal ideas of her time and in faith in human progress. All her writings exude a deep humanism.

Shortly after, when participating in a round table and conversing with the French philosopher and historian Ernest Renan, he introduced her to the existence of the “International Association of Arbitration and Peace” founded by the British Hodgson Pratt in 1880 and which allowed the women form part of the executive committee.

Thanks to her intelligence, her concerns and her knowledge of languages, Bertha von Suttner was also directly influenced by personalities such as the English historian Henry Thomas Buckle, the English naturalist and anthropologist Herbert Spencer, Charles Darwin and other intellectuals of a similar cultural level.

In 1889, at the age of 46, she published the novel Die Waffen nieder! (Down with arms!), Which quickly became a classic of the international peace movement and was translated into several languages.

In this work, Bertha von Suttner describes war from the point of view of a woman, which very strongly touched the sensitive fiber of society and sparked numerous debates about militarism and war.

This book profoundly affected the war industrialist, Alfred Nobel, and inspired him with the idea of creating a Peace Prize.

The von Suttner couple spent the winter of 1890-91 in Venice. Bertha wasted no time in promoting the creation of a “Venice Peace Society“.

In Venice she met and encouraged Marquis Benjamino Pandolfi, who was dedicating his personal effort and that of his entire family to promote the meeting between representatives of other countries to hold “interparliamentary conferences“.

The Inter-Parliamentary Union was founded on June 30, 1889, as an international organization of parliaments.

It represented the legislative branch of governments on a global scale, with the primary purpose of promoting peace and democracy through political dialogue.

Many other courageous women followed her example of fighting for peace and for those affected by war.

For example, the French surgeon Suzanne Nöel and the Polish nurse Irena Sendlerowa.

In recognition of her anti-war work and in favor of understanding among peoples, in 1905 Bertha von Suttner received the Nobel Peace Prize.

In 1910 she published a volume with her Memoirs.

She died in 1914, at the age of 71, shortly after the start of World War I, which she was fortunate not to have to witness.

Her husband Arthur von Suttner had passed away in 1902, after 26 years of happy marriage to Bertha.

Stefan Zweig honored Bertha’s memory in 1917 during the International Women’s Congress, held in the middle of the World War, to advocate for understanding and peace among peoples.

Many cities in Austria and Germany have named Bertha von Suttner for schools, squares or streets.

The asteroid (12799) von Suttner, discovered on November 26, 1995 by the Kiev Observatory, was named as such, to honor her memory. 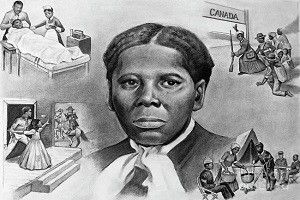